The Burning Crusade on Chromiecraft 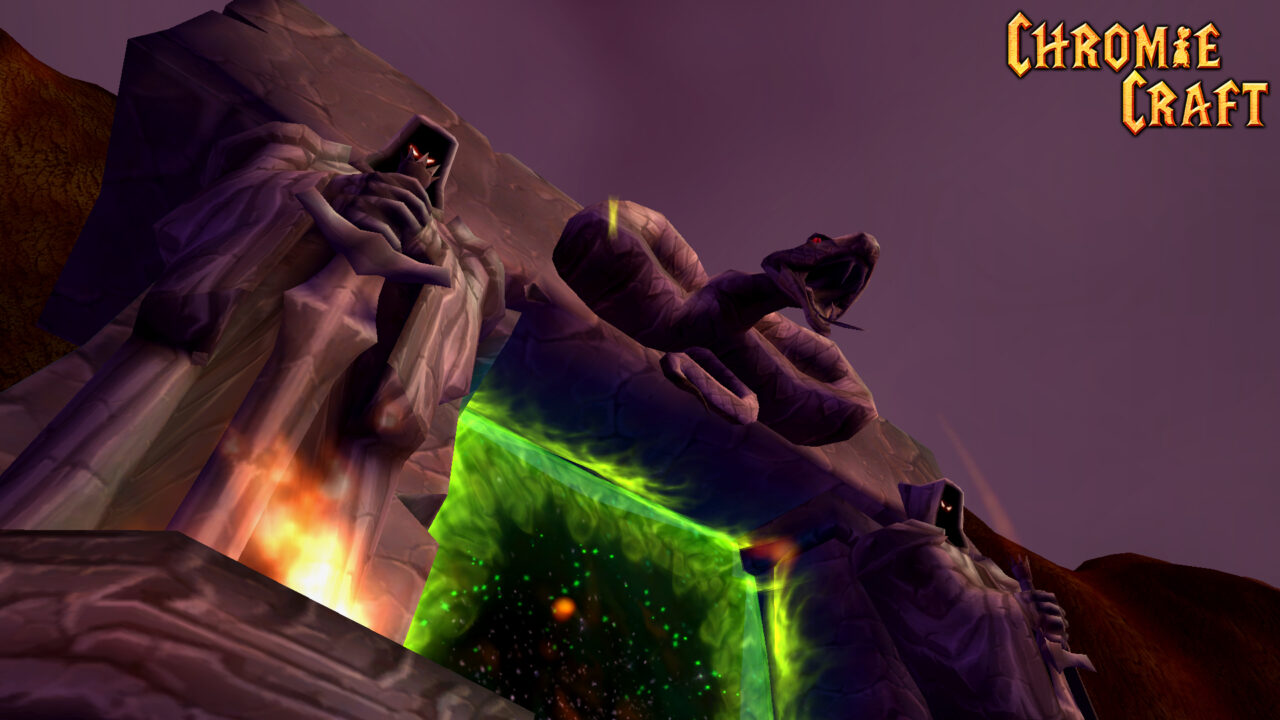 As most would be aware by now, the time to venture into the Outlands is nearly upon us! On the 14th December, the Dark Portal will be open and the journey through our progression continues!

We want to use this post as an update on how things will work on Chromiecraft once we get into the Outlands!

As covered by Nyeriah in our latest Development Diary, we will be having this event and Lord Kazzak will depart for the Outlands on 7th December. With Kazzak’s departure, the Legion has sent Highlord Kruul to command its forces on Azeroth, making apparitions in several strategic locations every 6 hours until the day the portal opens, 14th December.

Heroic dungeons will require reputation to enter as per TBC and are available from the 70 bracket. The dungeon progression list has been modified due to item levels and dungeon requirements (for example, flying needed to enter).

Just to cover this again, flying will be available from the 70 bracket on Chromiecraft (that includes Druids also who’s flight form will be inactive until 70) and the costs will be the same as they were in TBC. There will be no 60% flying however, you start at 150%.

Profession cooldowns (for example Spellcloth, Shadowcloth, etc) will be the same as they were in TBC. Once we have finished in the Outlands this will be reverted back to how they were in Wrath of the Lich King. Certain items learned from profession trainers will be unavailable until later on (for example the Engineering head item Deathblow X11 Goggles, which will become available when Black Temple launches, Brilliant Glass with Sunwell, etc.). Badge of Justice vendors will be updated as the phases progress, with its initial stock being implemented when heroics launch. Primal Nether will be added to the badge vendor with the release of The Battle for Mount Hyjal. We can also confirm several items such as heroic dungeon gems, Primal Nether and Nether Vortex, for example, will be BoP until Sunwell as they were originally at the start of TBC.

We were made aware by our fantastic community that due to the way Blizzard rewarded Horde & Alliance paladin skills at different levels, there would be an imbalance between Paladins caused by our bracket system. This has been changed now so Paladins get both Seal of Corruption and Seal of Vengeance at level 64, not at 66.

Mages, rejoice! With Shattrath being available when the Outlands opens, the portals provided by Chromie will cease to exist from 14th December.

Progression as a whole has been modified, this is to ensure items are available at your level caps but also to ensure a smoother workload for our never-resting development team (and that is everyone from the Chromiecraft staff, devs, testers, triagers, GMs, etc). We have also taken on some feedback from the community posted on our suggestions page. Shattrath City will have its citizen changed to reflect the current phase. As such there won’t be Shattered Sun NPCs in the city, to begin with.

As covered previously, tuning on Vanilla raids will start being removed from the 64 bracket, until all tuning is removed before the first of the TBC raids start. They will also revert to their original raid sizes as well. The list is below:

Raid sizes are the same as they were in TBC (10 / 25 man) and we will have both ‘normal’ & ‘heroic’ versions of raids going forward and do share a lockout. Attunements will be required as they were in TBC, however only for the current raid. Once we progress to the next raid, the previous raid will no longer require you to be attuned to it in order to run the raid. Our raid progression can be found here