ChromieCraft is a Q.o.L-enhanced 3.3.5 PvE and PvP server unlike anything you’ve played on before.
This server is powered by AzerothCore for the AzerothCore community.

*We intend to stagger the release of content in steps starting with level caps set at 19, 29, 39, etc. In addition to this, we will be releasing raid tiers and seasons over time. This is so that we can collect bug reports and work on fixing every tier of the game so as to further the development of AzerothCore. You can read more about our progression HERE

Most private servers will package up projects like TrinityCore or AzerothCore in wrapping paper and selfishly keep their development fixes to themselves despite using an open-source foundation to make their server. When the server inevitably dies, the fixes are lost with it (see this article). ChromieCraft will be run by the AzerothCore team to benefit the open-source project. This means that all bug reports submitted and all fixes we make will go towards the development of open-source project AzerothCore. In addition to this, all donations will be put towards covering hosting costs and AzerothCore bounty programs.  This server will not be running for profit and there will be no donator pay-to-win mechanics. Not now, not ever. There may be donator rewards which do not affect the game such as titles, mounts, or pets. Thank you for joining us and make sure to have fun and enjoy your stay. 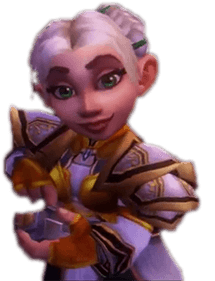 Chromie is one of the Bronze Dragonflight blessed by Aman’thul with the power of protecting the timelines. But she’s also a gnome and she likes to play with …”tools”. Therefore, she created this “temporal discombobulator” to allows people travelling between eras (our expansions) to enjoy the old time. The peculiarity of this tool is that it creates an immutable timeline, that’s the reason why its events continue to happen over and over again (for instance, when you kill a boss).
However, this time behind the decisions of letting the Azerothian people travelling back to the Lich King era, there’s the willing of the dragon aspects to figure out the source of a terrible dark energy that has been detected the first time in the range of time between the passage of the Lich King crown to Arthas until his defeat. To figure out what’s behind that dark energy we have to travel step by step through the entire storyline, again!
Log In Register