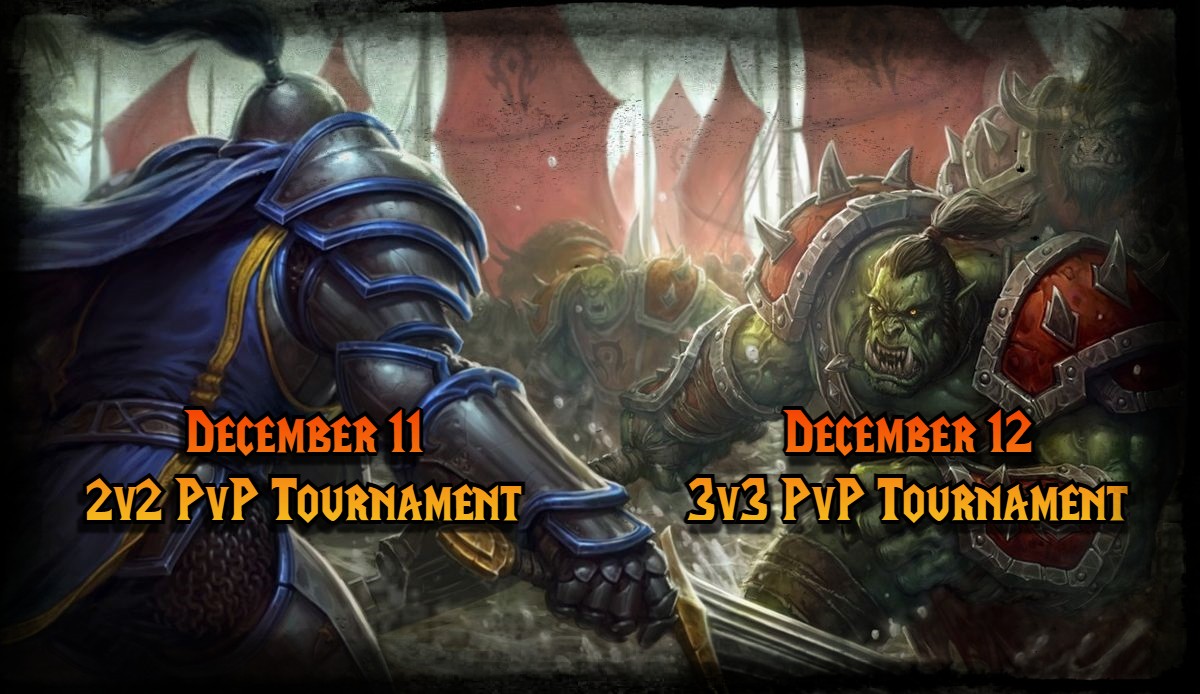 As some of you may remember, we hosted an arena tournament a few months ago, and we feel it is high time we did another one, to close off the level 59 bracket.

We will host a second edition of the ChromieCraft PvP Arena Tournament, on the 11th and 12th of December.

What are the rules?

Where is the tournament going to take place?

The event will take place in an unused zone. You can get there by talking to an NPC next to the auction houses in Stormwind and Orgrimmar. When you are inside the event zone, another NPC will handle team registrations.

How can I see the brackets?

You can see the tournament brackets on challonge.com. Check back for stats and matchmaking!

What are the rewards?

The 3 top teams for each tournament (2v2 and 3v3) will gain a portion of all entry fees, as well as pets and Chromie Points given out by the staff. Also, the first team in each tournament will receive the “Flawless Victor” title and an “Arena Tournament Winner” role on Discord.