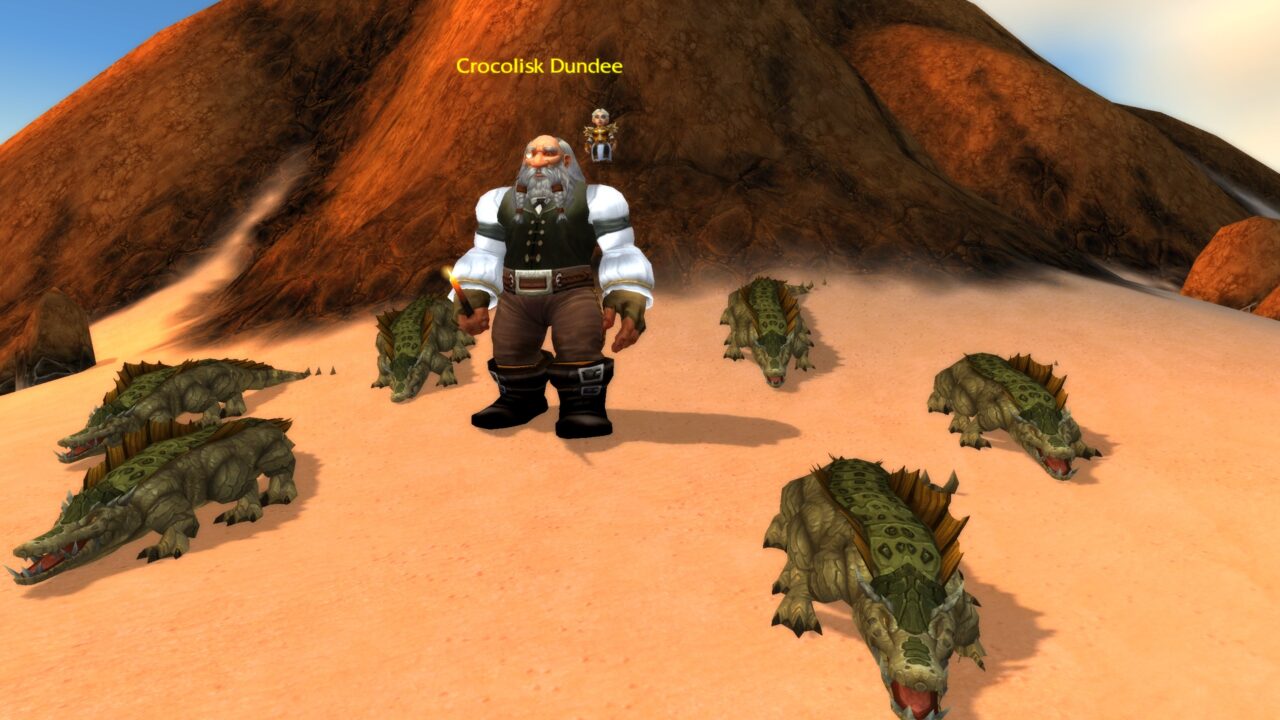 This time Chromie has trapped Crocolisk Dundee. Try and prove yourself in this server event against the famous alligator tamer!

Our patron Chromie is on a mission. She has discovered an invasion of the timeline and needs your help to fight the invaders in an upcoming server event. So bring your strongest weapons and best armor to aid her in her fight! Chromie has identified an agent of time and its servants. She can make a servant visible for you and your party, or you can bring a whole raid and fight the agent alongside their servants with up to 40 players.

Chromie will appear in random locations, wherever she manages to trap her opponents. It is up to you to bring an army and defeat those who are threatening the order of time. We will announce the place in /world and on discord. Also there will be summons to the location of the event.