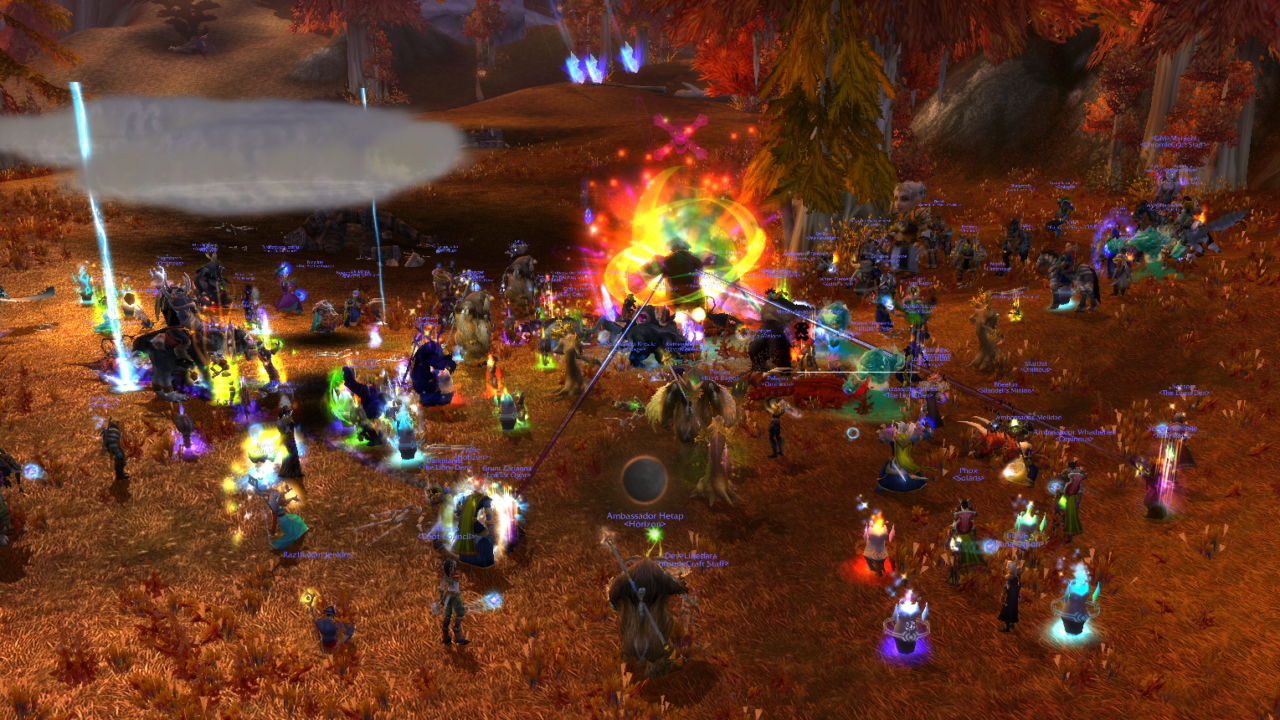 It’s been well over year since we started getting, on the rare occasion, an agent of Time seeking to halt Chromie’s progress, and you brave warriors fighting them back.
These boss events were held whenever a helper of Chromie’s had the time to summon them to our world, making them vulnerable, and it was as such not entirely predictable in the long term.

We will be hosting custom boss events every week, and the schedule will be announced at the start of each month!

They will not be held always on the same day and same time, in order to give everyone a chance. Different time zones, different lifestyles, different availability.

The specifics of day, time, and boss, will be specified on the monthly announcement, so you’ll know beforehand what to expect!

Just like previous events, your score (determined by difficulty level and clear speed) will result in ChromiePoints added to your account at the end of the month!

There are two encounters (a raid boss, and a 5-man boss) and 10 difficulty levels. Each level of the raid boss awards points for clearing them once (doing the same difficulty level repeatedly won’t award extra points), the 5-man boss does not give points.

Currently, the only way to check your current score is with the Chromie NPC, present during the events.

That’s all for now. On behalf of Chromie, good luck and have fun!