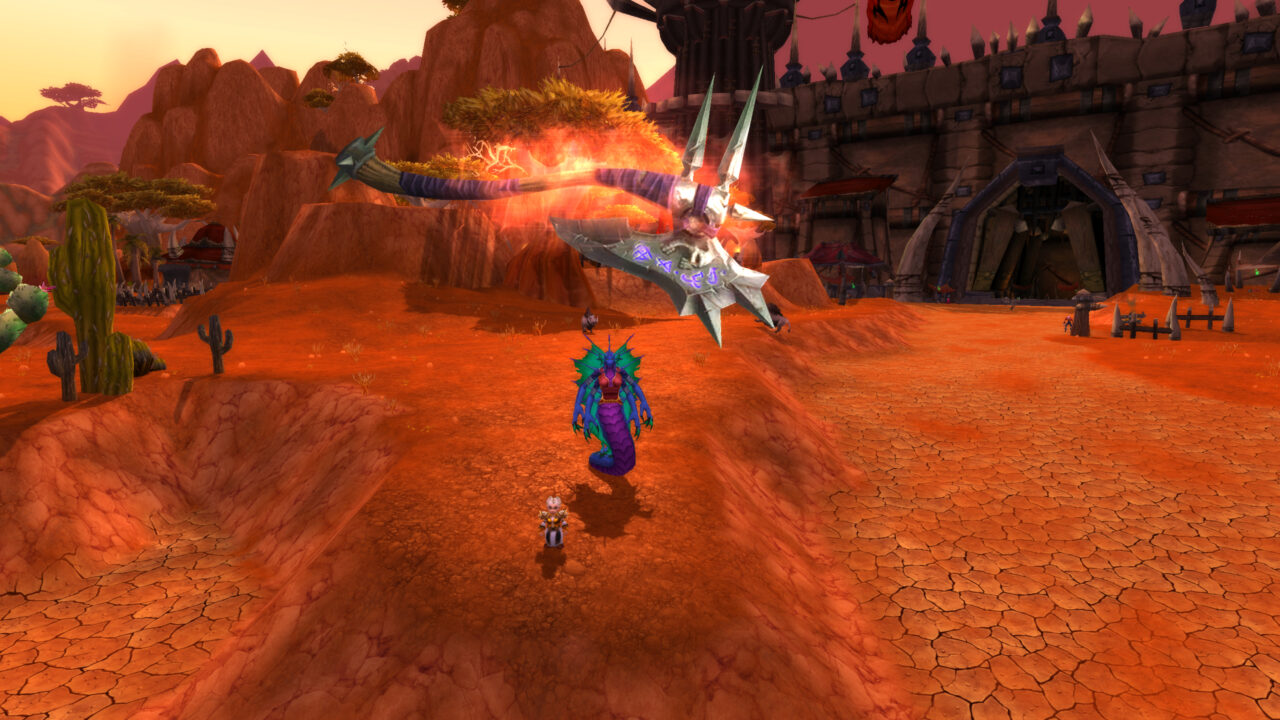 Chromie has identified an agent of time and their servants. She can make a servant visible for you and your party, or you can bring a whole raid and fight the agent alongside their servants with up to 40 players.

This time Chromie has trapped the Pondulum of Deem. Do you dare fighting the most powerful axe Azeroth has seen?

Chromie will appear in random locations, wherever she manages to trap her opponents. It is up to you to bring an army and defeat those who are threatening the order of time. Time and place will be announced in world and on discord. The next appointments are Tuesday 29th and Friday 2nd at 19.00 / 7pm server time / UTC.

Last but not least, your event score will be converted to ChromiePoints once a month.