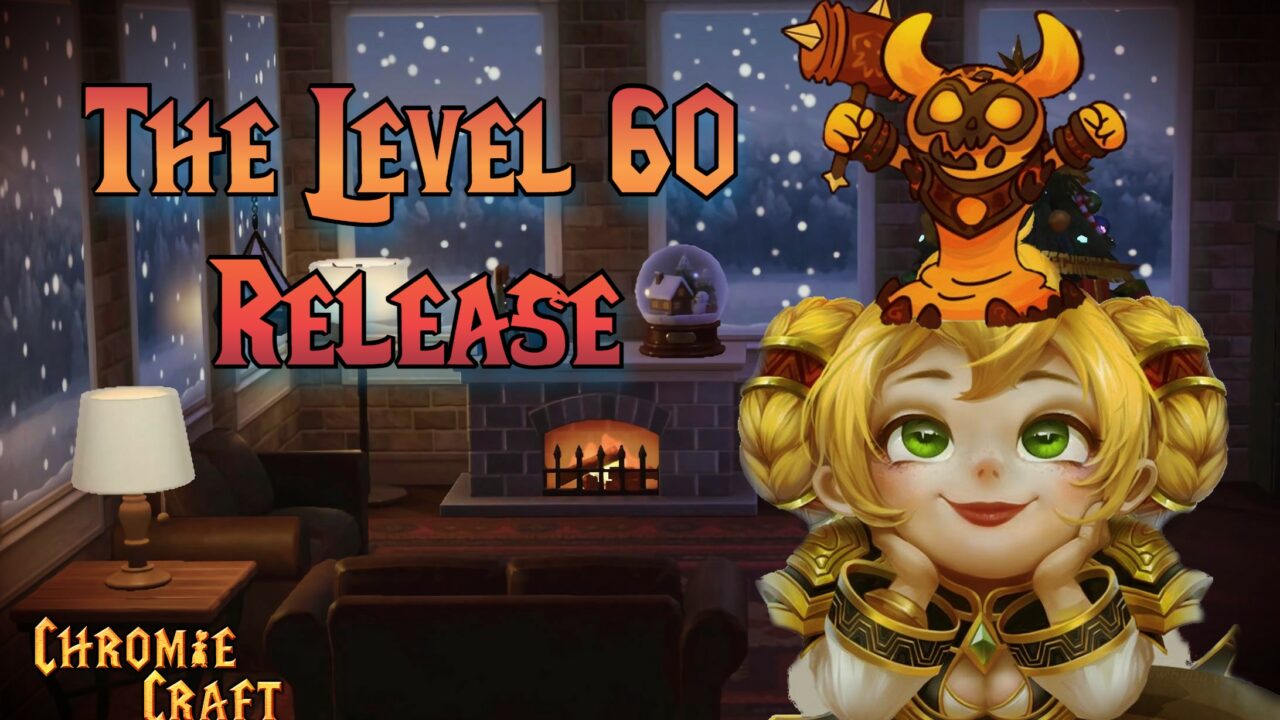 We’re looking forward to another content release and we’re excited to inform you about the upcoming changes:

As a reminder, we will be removing any 60/70/80 endgame items which popped up unintentionally, until we reach the correct bracket for those items. If you notice something that looks out of place, please keep reporting it to us.

Chromie will have several surprises for her Time Travelers. Watch out for them during the holidays so you do not miss out. Some are listed below:

All quests completed between December 23rd and December 30th are going to award 3x experience. This does not include RDF completition quests at the end of a dungeon.

There is going to be an NPC near the Gadgetzan graveyard, who assists Chromie in summoning her foes and let you and your friends take care of them. See our past event announcements for examples. But this time Amber Haze is going to give you a way to choose 1) The difficulty 1-10 and 2) A 5-player encounter from all past minibosses and a new suprise boss! Go for 1st place in our WorldBossRankings.

As for any and all freshly released content, we consider it beta. Please report your findings if something is off in a bug report on our GitHub bug tracker.